The DNA Search - what to give the girl who has everything? 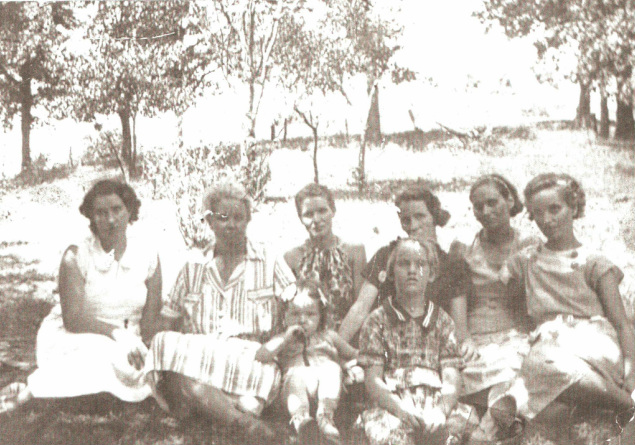 The girls of Haplogroup J1b1

Last Christmas, my girls gave me a very interesting present. It was something I had been dying to try, but, let's just face it, I was too cheap to actually do. They gave me a DNA test kit from a company that tracks the paths various prehistoric groups used to come to their various homelands. Since DNA testing is tricky business, it seems ordained that women have markers that only allow them to trace their maternal lines. Not having been blessed/cursed with a penis, (sorry Mom), I could only check the line that runs from Mother, to Grandma Brown, to Great Grandma Allison, to her mother, Mrs. Pippin and so on back to 170,000 BCE and the East African lady the scientists refer to as Mitochondrial Eve, the mother of all of us poor slobs whose family trees have made it this far without being chopped down. This same information also applies to any of Grandma Browns granddaughters.

My expectation was that the test would reveal a large percentage of European genes with maybe a few odds and ends thrown in for fun. I was right, as 94% was European, but the last 6% really surprised me. Six percent of my genetic structure on my mother's side is.... Asian? I was excited as every line I have looked at goes flying like a dart to England with the occasional wild fling into the wilds of France. I went tearing back to the collection of old photos hoping to see some hint. No ma'am. Nothin'. Nada. I could only conclude that our Asian cousins were really Europeans just hiding out, flying under the radar, waiting for the statutes of limitations to expire before treading back home. But no substantial info.

My daughter, Sandra, does not like mysteries, at least not the unsolved variety. So she found another, more thorough test from www.ancestrybydna.com, swabbed her cheek, and hit the post office. Months later, we have just received the results, which answer some questions, but raise others. I am trying to post the certificate (suitable for framing, no less) and with any luck it will appear on this website.

The final analysis:
We fall into the subgroup: Haplogroup J1b1. The J's, one of four major European-specific haplogroups, came out of Africa about 27,000 years ago, moving up the Nile area, along the Mediterranean in the Middle East and on into Europe. In our case, on to Mother England and, "Oh how could it be otherwise", the Emerald Isle--Ireland. Thank you, God!

The answer to the Asian question is that along that trek, we spent a great deal of time in Western Asia, the Middle East, where we picked up those markers. During the Stone Age, we began to take the skills we had learned about farming and herding and set off for Europe where the ice was finally beginning to retreat. Not a bad accomplishment...and lets not forget those incredible cave paintings.

So what does it all mean? Darned if I know. I'm still me, you're still you--no different than yesterday, but still. Isn't it amazing? The next step, I am hoping will be to find sites that look at the markers and put us in touch with others in Europe, Middle East and even Africa with the same markers. But, for the moment that is still in the Dreamtime. For now, I will content myself with trying to understand the science and update the website accordingly. 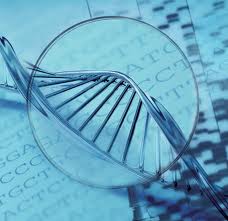 Bear with me here.  I DO NOT CLAIM TO BE AN EXPERT!! This is just me reading a booklet that came with the study and giving you the skinny as I understand it. If you find an error, let me know and I will change it. Otherwise, I just saved you an hour of reading. Or even better, if you have a real grasp on this stuff, feel free to jump in here.
Ancestry DNA Testing: This DNA testing has nothing to do with finding out if you have DNA markers for balding, being short, or a tendency to diabetes. It doesn't determine if those kids belong to those parents, or who really committed that murder down the street. The process is simply to verify genealogically related markers on an individual's chromosomes and compare them to the established patterns of lineages that migrated from Africa throughout prehistory. Different groups developed at different times, when conditions supported various migrations. Maybe sea levels dropped making it possible to cover large distances that were unavailable before. Maybe droughts became so terrible the only choice was to take the shot and get the babies somewhere with water. Maybe the ice age retreated, making new lands habitable.The world was going through dramatic changes from 170,000BCE when modern humans began to develop in Africa to 10,000 BCE when Europe was finally warm enough to support re-population. Still other groups found a way to stay in Africa and still survive all the climactic tides and populate the entire continent.
DNA Haplogroup: Defined by the DNA Diagnostics Center as "genetic population groups that are the result of early human migrations, and which can today be associated with certain geographic regions". In our case that is J. Our specific maternal family group is J1b1.
Limitations of the tests: Mitochondrial DNA found in cells contain genetic material, "mtDNA", that comes only from our mother. All sons and daughters inherit their mother's mtDNA, but only daughters can pass it on to their offspring. This allows scientists to trace an unbroken maternal lineage without any influence of spouses for untold generations. This is an unimaginably amazing opportunity to find out about our families. However, like everything else, it is only one part of our make-up. We can trace lineage without "spousal influence", but that paternal influence is still there, very real, and just as much a part of our history. So we need to be careful to remember that we are J1b1 on our mother's side, but the guys DID show up, and their history is also inside our cells. Unfortunately, women only have the markers to trace the maternal line. Men, on the other hand, can test their markers to trace both maternal and paternal lines--the lucky buggers. So unless you have a brother or father to take the test, you like me, will just have to wait until scientists figure out a better way to track our fathers' paths out of Africa.

Check out these resources suggested by the DNA Diagnostic Center:
BOOKS:
Trace Your Roots with DNA: Use Your DNA to Complete Your Family Tree, Megan Smolenyak and Ann Turner, 2004. 256 pages. Published by Rodale Books.
The Seven Daughters of Eve, Bryan Sykes, 2002. 320 pages. Published by W.W. Norton & Co.
The Journey of Man: A Genetic Odyssey, Spencer Wells, 2004. 240 pages. Published by Random House Trade Paperbacks.
Deep Ancestry: Inside the Genographic Project, Spencer Wells, 2006. 256 pages. Published by the National Geographic.
WEBSITES:
The International Society of Genetic Genealogy: http://www.isogg.org/
Has a "For Newbies" section, local meetings, events, speakers and opportunities to get questions answered
Journal of Genetic Genealogy: http://www.jogg.info/
Online journal format publishing information and articles of general interest to the genealogical community interested in DNA and chromosomal topics.
The Genetic Genealogist: http://www.thegeneticgenealogist.com
A blog that discusses genetic genealogy and ancestry testing. They offer an e-book on interpreting the results of genetic genealogy tests.FILM: (Available on Netflix)
The Human Family Tree, Spencer Wells, PhD, Director, The Genographic Project on the National Geographic Channel. "What did our collective journey look like, and where did it take your specific ancestors. "Watch online at topdocumentaryfilms.com/human-family-tree.