Below are the references used in creating the blogs.

For such a tiny piece of land, Ireland seems to have lost more than its share of natives to the outside world. Between English oppression, famines, invaders and any number of other causes, Irish natives either chose to leave or were given an opportunity they couldn't refuse. Ireland Reaching Out is an organization that wants all of their descendants to return, if only as tourists.
The idea behind IRO is called "reverse emigration". They welcome any and all of the descendants of those who left to come and discover their roots and they would love to help in the search.
All too often people on Irish genealogy hunts, will go to the local area where their families originated to research their roots. They frequently leave frustrated, because information is hard to find or decipher. Sites and records are in a different form than those in the US or stored in unfamiliar sites. Often, the researcher goes home feeling a bust, a lot poorer, but no wiser.
A case in point was my ex's uncle who went to Ireland for two weeks. He came up completely empty. The night before he was to go home, he stopped in at a pub around the corner from his hotel. What should he find? The pub was full of cousins, of course. Between pints, he made all kinds of connections, but had to shell out for another trip to follow them down. With IRO, he would have found them the first day.
IRO combines many local and national organizations, and when the program is completely up and running will have representatives in every county, who will meet the researcher, show him around the area, and help him find the records he is looking for--A perfect blend of genealogy and tourism. Not all counties are set up yet, but they are working on them. In the meantime, you can connect with your Irish roots on Facebook. Just look up the facebook page for Ireland Reaching Out and like the site. Have fun and think green.
Ireland Reaching Out 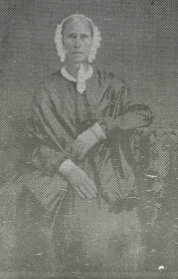 This is a genealogy of:Robert Johnston (1767-1839) and Elizabeth (Cairnes) Johnston (1771-1855)
Reuben Hull (1783-1877) and Amelia (Groff) Hull (1784-1858)
Christopher Johnston (1787-1835) and Jennie (Ferguson) Johnston (1790-1846)
Arthur Johnston (d.1832) and Rosa (Reed) Johnston (d.1832)
This volume is a result of what every genealogist prays for: the hope that future generations will honor and preserve the love and labor of collecting the family dates and stories. Amelia May VanDusen and her brother Marion Karl Johnston had collected information about the families for years beginning at the time of The Great Depression. On Amelia's death, the notes were stored put into storage in the attic.  In 1977, Hallie (Johnston) Jones and William B. Moore took the notes Amelia had kept, and Marion's information and began to organize it all so it could be shared with us. This was no small feat. The result is a wonderful treasure of information for those of us who are still digging.
Most of the information is as it was given. Amelia "Millie" like most of us, "knew a great deal more than she wrote down". As a result, though there are given references after each families chapters, some documentation can't be recreated at the present time. Also much of the descendant information was from family letters etc. I found the information for our family to be accurate, so Millie did well by me.
In addition to the genealogies there is a good bit of information about Columbiana and Carroll County when our families were there.
There is an atlas of sorts of Irish and American maps. These were copied in 1983, so use them as a reference to check out Google Earth and better reproductions available today on the internet. My favorite element of the book is, of course, the photos. I have collected boxes of family photos, but these were all new to me. Margaret and William don't seem to be there, but Agnes, Margaret's sister is there, as well as a photo of my great grandmother Sophia (Drake) Gillingham, her daughter, Nellie (Gillingham) Truesdale, son-in-law, William James Truesdale, and grandson, William E. Gillingham.

This new book gives an excellent feel for the conditions during the years of emigration from a country that seemed to be dying all around, to a country that was proclaimed the promised land, but so rarely was. Only 214 pages, the book portrays the difficult times through the eyes of ship builders and owners, the desperately poor and the British lords charged with responsibility for them. This non-fictional book gives a detailed and factual report of the times.
It also gives a wonderful view of the new country through the eyes of those who made it across, through the quarantine holding stops, to actually walk into their new country.
The book is centered around the Jeanie Johnston, a vessel with the remarkable and earned title of the only ship to never lose a passenger during the emigration runs. The "luck" of the Jeanie Johnston, was built into her, by a remarkable ship builder, John Munn, in Quebec, and a captain, ship's doctor, and crews who chose duty and humanity as their primary lights. The result is a fast read and a very capable picture of a time of trouble, what it took to be a survivor and a person of honor, and what it took not to be.
The book is very factual, based on newspaper articles and detailed research (check the references at the end of the book for ideas you many use for your own research) on both sides of the ocean. In addition the author served as an apprentice on the re-created Jeanie Johnston.
I found this book because of the ship's name, Jeanie JOHNSTON which came up in a Google genealogy search. Although the family the book is centered around, the Reilly's, is not ours, there are similarities. The mother, Margaret gives birth aboard ship, not unlike our Grandmother Margaret who delivered a daughter somewhere on the Atlantic. The timing was also provident as I found it the week of St. Patrick's Day.